What is Systems Coaching?

This is highly relevant and useful for anyone who is in the business of helping organisations and those that work in them thrive in the face of complexity. It is relevant for managers, leaders, coaches, agilists, and HR specialists.

Systems Coaching is used to get out of stuck patterns, understand and remove extreme behaviours, and make better decisions when the number of variables are too high to comprehend the whole picture, and when there are large numbers of people involved and the relationships between them are complex.

The reason why Systems Coaching is so important is that it provides us with tools and techniques to solve complex problems with large numbers of people that would otherwise stubbornly remain intractable no matter how hard we try. It is a vital ingredient in organisational agility.

What is Systems Coaching?

Systems coaching is a subset of professional coaching where the coaching focus is on balancing the system(s) that the coachee is part of, rather than focusing only on directly helping the coachee.

Systems Coaching builds upon Systems Thinking in that the purpose is to uncover hidden structures, behaviours, and mental models that are causing stuck patterns, extreme behaviours, and/or challenges in adapting to changing situations.

Unlike Professional Coaching, where the coach tends to remain separate from the coachee and their problems, the Systems Coach acknowledges they are part of the coachee’s system and acts accordingly.

These three disciplines are:

The brackets and graphic are my additions. I have made these changes to bring Systems Coaching into alignment with Enterprise Agile Coaching so that it is more applicable and accessible to those solving problems when moving toward agility.

Supervision caps the 3 disciplines and is another vital part of organisational coaching. When setting up coaching infrastructure to support coaching as an organisational capability, supervision needs to be considered at a strategic level.

Why is Systems Coaching important?

Whilst Systems Thinking has been around for over 40 years, Systems Coaching is a relatively new concept that is becoming increasingly popular as organisations move towards agile ways of working (or agility).

It has become clear that Agile Frameworks do not work out of the box as they fail to consider the very thing that they were supposed to fix, the emergent nature of human systems.

This has left organisations that are in desperate need of new ways to thrive in uncertain, unpredictable, ambiguous, and rapidly changing times with nowhere to turn to when they want to use agility at scale. Systems Thinking and Coaching provide the necessary tools and approach for organisations to navigate complexity and restructure efficiently as required.

Systems Coaching enables agility to work in any context or industry without the need for prescriptive frameworks.

An Icelandic Bank asked me and an AWA team of systems coaches to help their organisation move forward with agility in late 2019. We used a Systems Coaching approach, inviting different sub-systems of the organisation to participate in facilitated Systems Coaching workshops where they identified their current state.

Systems Coaching helps participants see what is happening now much more clearly than without it. Seeing clearly is the first step towards making better decisions.

Through the Systems Coaching workshops, participants saw what was important to them, identified elephants in the room that they weren’t aware of, and were able to prioritise which elements were the most important to work on.

These elements were not known before the Systems Coaching took place and, in fact, were the real things holding agility back.

The look of realisation and wonder on people’s faces when they see truths that have always been there but were invisible is incredible. When the process reveals something intangible and makes it tangible, it seems so obvious in retrospect and has a huge impact on the participants mental model and behaviours. True magic takes place. This is emergence in action.

The Systems Coaching led to different outcomes and actions. Actions are taken in the form of emergent experiments that allowed the participants to iterate their way to successful outcomes with the lowest risk possible.

In 2021, AWA led a team that worked for a large retail organisation in the fast-moving consumer goods sector. We used a form of Systems Coaching called Constellations to help the team see what they were thinking about certain challenges they faced.

The team were surprised at how similar their feelings were about the same issues and that common ground was indeed common.

Constellations is one type of exercise that can be used for Systems Coaching. Constellations use perceptual positioning that allows participants to place themselves in positions that mean something because of where they are placed. It’s also possible to use this technique online using counters or stickies to represent people.

By examining the links and relationships between the participants in the Constellation, they were able to deeply experience the impact of their relationships, feelings, and mental models on their current situation. This led to more profound actions than they would have usually decided to take.

They realised they were not a team at all, but a collection of people working independently. This insight gave them a different approach to problem solving and collaboration.

Systems Coaching and Thinking works in any sector. We have successfully used and taught Systems Coaching to Charities, Banks, Insurance, Healthcare, Retail, and Public Sector (local and central), and we have helped small companies of 100+ to companies with over 10,000 employees.

It works because people are the same regardless of where they work. We are bound by the relationships we have and the culture we are in.

In all of us, there are multiple relationships and multiple cultures intersecting at any one time. Making decisions that meet our individual ethics, the ethics of the different systems we belong to, and balancing that with organisational and industry ethics, whilst at the same time making sure we survive and thrive, can be a difficult balancing act. Systems Coaching helps this process and gives us a fast way to reach good, safe decisions quickly that include everyone.

This has typically provided organisations with an unsolvable challenge. How do you include everyone but also reach a clear decision point in a timely manner?

Previously, this has not been possible and either resulted in lengthy surveys that only scratch the surface of the problem and often are gamed and don’t provide a real picture, or decisions are made by a small group of people on behalf of the many, and that misses out important tacit information that creates more problems down the line.

Systems Coaching solves this problem by carefully facilitated events that collect information in un-gameable scenarios in as little time as an hour. Systems Coaching is therefore a vital ingredient in self-organisation and distributed decision-making. These are key elements in agility and navigating complex problems.

Systems Coaching is undoubtably the future toolkit of Organisational Coaches, Managers, and Leaders. Any change agent, whether in HR, Heads of a department, Scrum Master, or Enterprise Coach, should really have Systems Coaching to hand when improving the organisations that we live and work in.

If this article has inspired you to learn more about systems coaching and how to use systems tools and models in your organisation, you can now attend our three-day Systems Coaching and Thinking course. The course is certified by ICAgile as part of the recently launched ICAgile Certified Professional in Systems Coaching (ICP-SYS) (for which I served on the learning outcome review panel), and is included in ICAgile’s Agile Coaching, Agility in Leadership, and Enterprise Coaching tracks. Our Systems Coaching course is led by experts who have real-world experience practising Systems Coaching in organisations, and you will learn real-life practical applications that can be used to make working life better.

Find out more on the Systems Coaching and Thinking course page.

Thank you to the Innovation and Leadership Mastery team who helped make this possible and especially to John Inge Hervik, Gemma Honour, Georg deMet, and Charley Kent for the feedback and amendments. 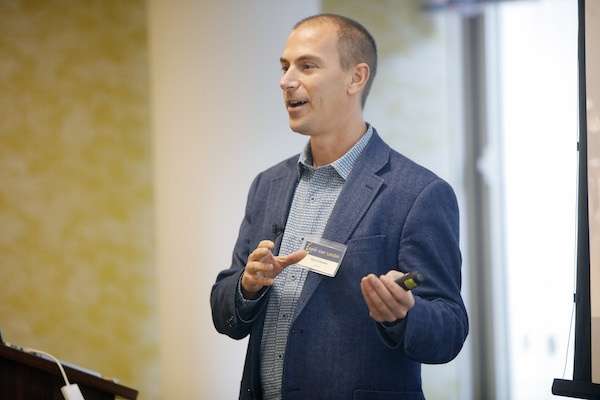